SO, WHAT EXACTLY IS A HYPERBARIC CHAMBER?

In short, a hyperbaric chamber is a pressurized vessel.

The amount of pressure depends upon the patient’s needs, the condition being treated and the patient’s response to treatment. Patients are treated either in an individual chamber, called a monoplace hyperbaric chamber, or in one that can hold several people, called a multiplace hyperbaric chamber. An alternative called a “soft chamber” also fits this description, but differs in its delivery scope and effectiveness.

A monoplace hyperbaric chamber holds just one patient at a time. Lying inside a clear tube, patients breathe 100% medical grade oxygen, prescribed by a physician, at a specific atmospheric pressure for a designated amount of time. A specially trained hyperbaric technician monitors each patient from outside the chamber during treatment at all times. 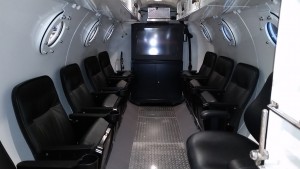 Breathe Your Way To Wellness

A multiplace hyperbaric chamber holds more than one patient at a time. Depending on their individual needs, patients may sit in chairs or recline while receiving oxygen through face masks or hoods. During the treatment session, a hyperbaric technician accompanies patients into the chamber to monitor them directly or perform procedures compatible with high atmospheric pressure. Soft hyperbaric chambers, otherwise known as mild hyperbaric chambers, are “bags” made of polyurethane or canvas material.  These chambers reach a lesser pressure and only compress room air, which contains about 21% oxygen vs. the 100% medical grade oxygen used in a monoplace or multiplace hyperbaric chamber. Despite these key differences, “soft chambers” are often, unfortunately, marketed as effective in a host of conditions, none of which have been studied or proven. Users of in-home soft hyperbaric chambers are advised to take precautions, speak to an expert, and make sure they are supervised each time they get into the chamber.