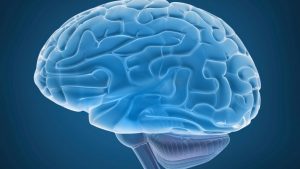 Chronic Traumatic Encephalopathy (CTE) is a progressive degenerative disease of the brain found in people with a history of repetitive brain trauma (often athletes), including symptomatic concussions as well as asymptomatic subconcussive hits to the head that do not cause symptoms. CTE has been known to affect boxers since the 1920’s (when it was initially termed punch drunk syndrome or dementia pugilistica).

In recent years, reports have been published of neuropathologically confirmed CTE found in other athletes, including football and hockey players (playing and retired), as well as in military veterans who have a history of repetitive brain trauma. CTE is not limited to current professional athletes; it has also been found in athletes who did not play sports after high school or college.

The repeated brain trauma triggers progressive degeneration of the brain tissue, including the build-up of an abnormal protein called tau. These changes in the brain can begin months, years, or even decades after the last brain trauma or end of active athletic involvement. The brain degeneration is associated with common symptoms of CTE including memory loss, confusion, impaired judgment, impulse control problems, aggression, depression, suicidality, parkinsonism, and eventually progressive dementia.

In both sets of photographs below, the brain tissue has been immunostained for tau protein, which appears as a dark brown color. Tau immunostained sections of medial temporal lobe from 3 individuals:

Content provided by the Research CTE Center at Boston University.

The rationale for the use of Hyperbaric Oxygen Therapy (HBOT) is based on its ability to dramatically increase, by 2-3 times, the delivery of oxygen to injured brain tissues to promote healing, and reduce swelling, inflammation and increased pressure in the brain.

Doctors were successfully able to diagnose a living person with chronic traumatic encephalopathy (CTE), a first for the field of medical research, according to a recently published article.

The findings, released in the medical journal Neurosurgery on Nov. 10, said an autopsy on the brain of a retired NFL player confirmed the results of scans taken more than four years before the subject died. CTE is “a progressive degenerative disease of the brain found in people with a history of repetitive brain trauma,” according to the Research CTE Center at Boston University.

It’s been found to especially affect athletes and members of the military.

The family of former Minnesota Vikings linebacker Fred McNeill confirmed to the Chicago Tribune that McNeill was the subject of the study. McNeill was 63 years old when he died in 2015 and had experienced significant loss of motor skills and changes to his personality since his retirement from the NFL, the research paper said. The scans showed the existence of tau, a protein which builds off damaged brain cells and is present in CTE, the Chicago Tribune reported.